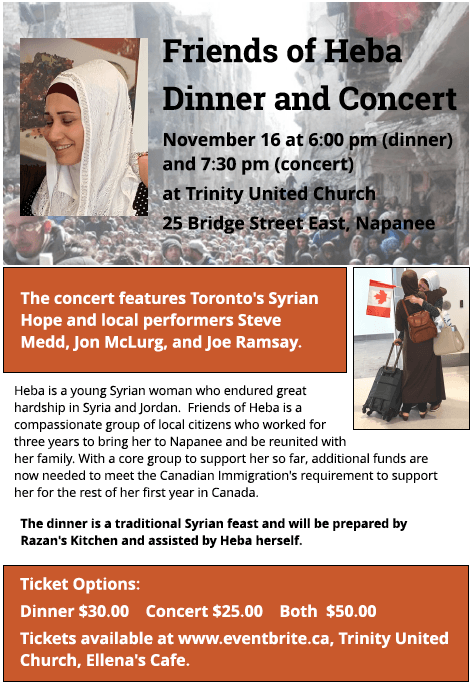 About 3 years ago, we welcomed a refugee family from Syria to Napanee. Majad Hosni, Razan Alahmad and their four children happily settled into our community. Shortly after their arrival, some community members became aware that Razan’s sister Heba Sulaiman Alahmad was still living in Jordan and her well-being was at risk. A new group, “The Friends of Heba” was formed to advocate for Heba’s immigration to Canada and to support her refugee process.

You can help by: